History of the Victorian Gallery

During the reign of Queen Victoria the North West grew in importance and wealth due to increased trade and commerce brought by the Industrial Revolution.  The newly rich merchants and manufacturers used their money to buy art which in turn brought artists new levels of wealth and social prestige.  Art was seen as a way of educating the masses and new museums and galleries were created housing the collections of wealthy patrons.

More art movements emerged and it became fashionable to paint a wide variety of subjects including scenes from literature, history, mythology and the bible.  Scenes of everyday life provided a commentary on Victorian society from the hardships of the lower classes through to the leisure pursuits and interests of the upper classes.   Britain’s maritime power was reflected in many marine paintings and an interest in nature was expressed through idyllic landscapes, whilst images of animals, children and forsaken love appealed to Victorian sentimentality. Towards the end of the Victorian period artists began to try and escape the harsh realities of Victorian life and became increasing inspired by the past, depicting medieval, ancient Greek and Roman subjects. 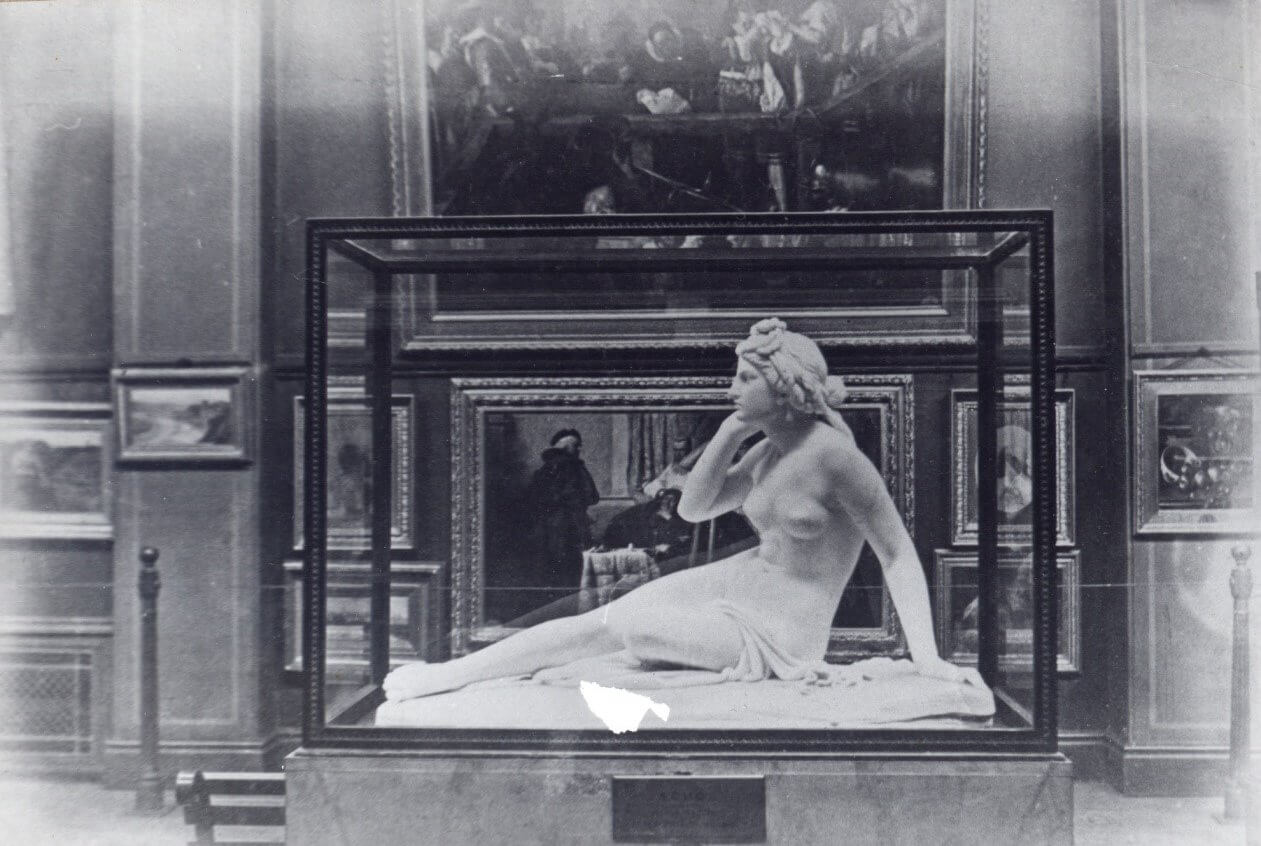 This room was originally known as the South Gallery and although it featured in the original design for the museum it was not completed until 1857.  It attracted 500,000 visitors in the first year.

The gallery was designed to house illustrations of ornamental and practical art, industrial products and manufactures.  It was filled with paintings and cases with objects from England, Canada, India, Egypt, Mexico, Greece, Rome and China.  Amongst those who contributed artefacts to Salford Museum were Queen Victoria, The Smithsonian in Washington DC and New York State Library.

The paintings in the current Victorian Gallery are arranged in the way the Victorians would have displayed them.  This salon-style hanging was used in London’s Royal Academy and the Paris Salon and enabled a large number of paintings to be displayed at any one time.  In the same way this style allows us to show as many of our paintings as possible. 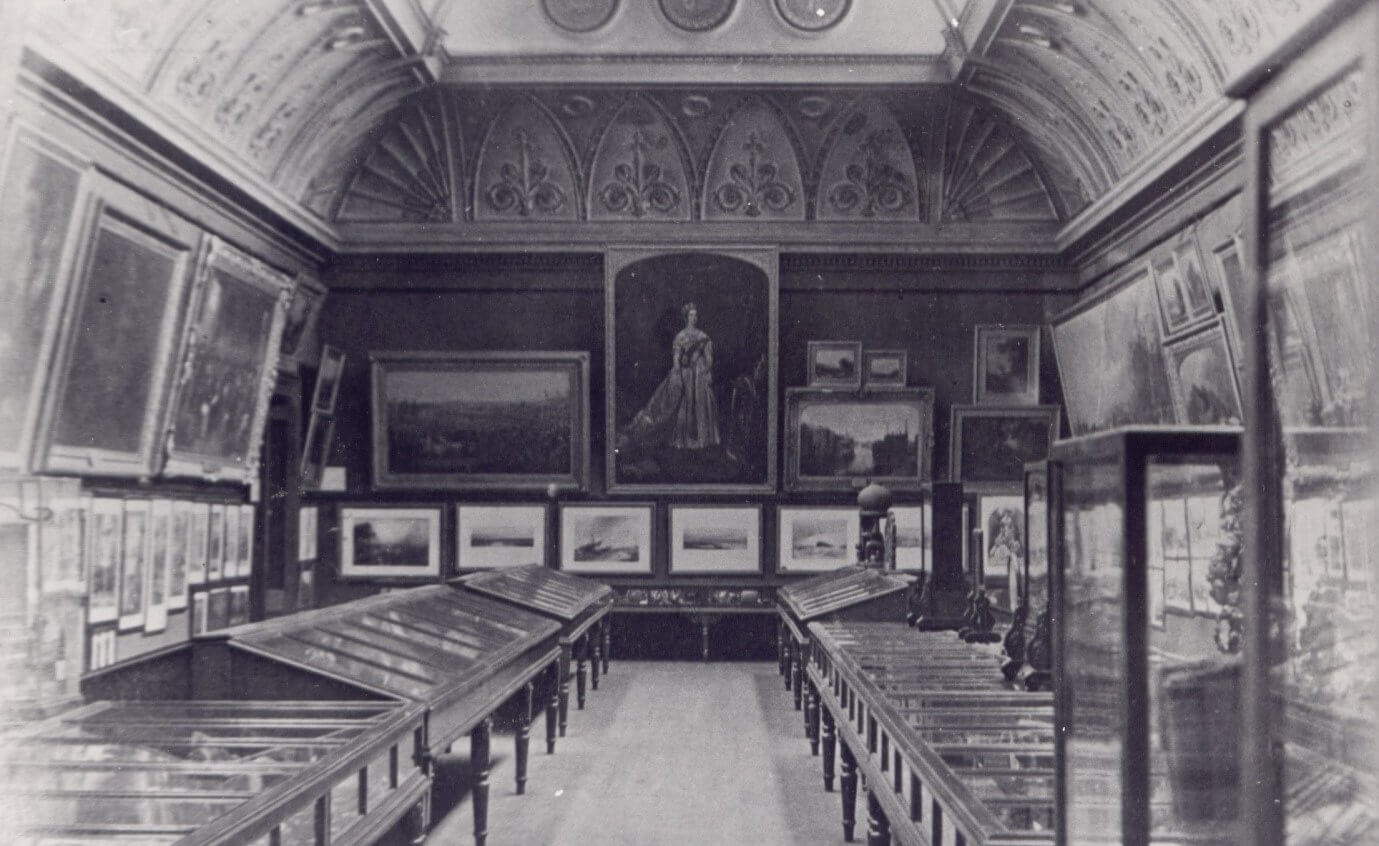 The Victorian Gallery, then known as The South Gallery, c.1900

Stories behind some of the paintings 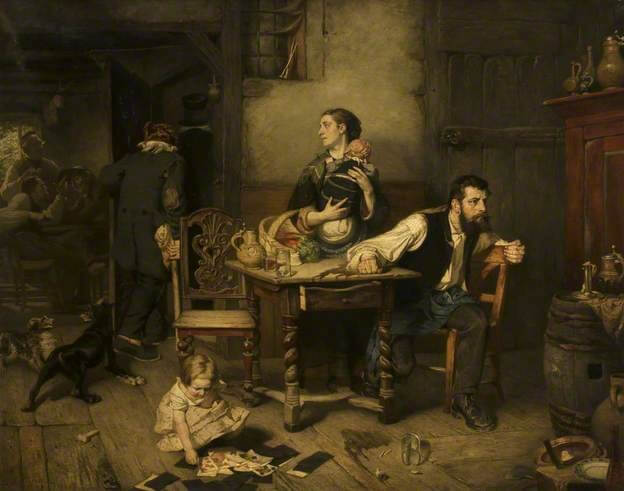 He painted peasant life in a realist and sympathetic manner.  Common themes were communal events which emphasised the strength of rural communities.

This is a fairly typical Victorian moral picture, showing the suffering caused through the vice of gambling, when the guilty man brings hardship upon the innocent women and children. 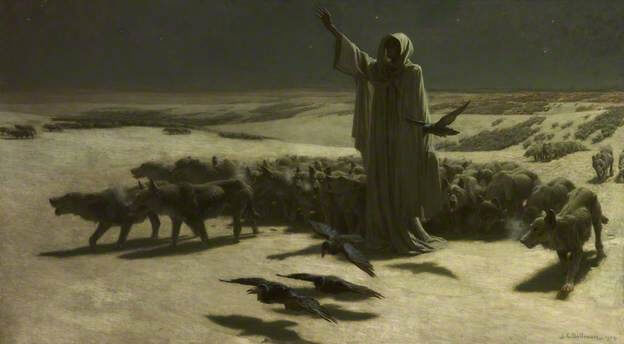 John Charles Dollman specialised in painting highly dramatic pictures that featured animals.  He apparently struggled to paint the wolves in this painting as the subjects he chose in the zoo were over fed.  The painting was originally exhibited at the Royal Academy in 1904 and narrowly missed being purchased for the nation.

Some people read this haunting painting as a starvation of the human body, with its vision of a shrouded death surrounded by hungry wolves.  The artist, however, intended it to portray a famine of human spirit, or death of the soul after its neglect. 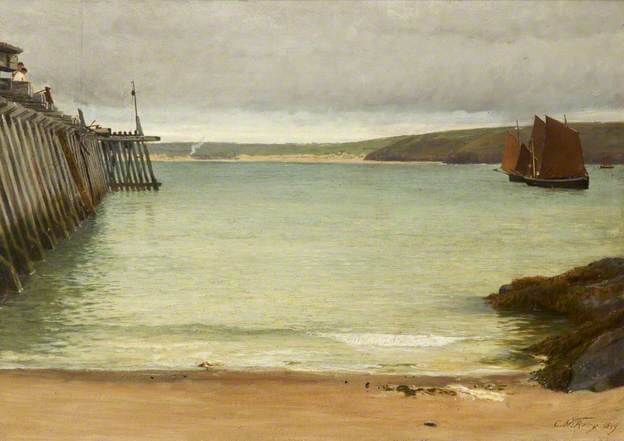 Charles Napier Hemy was born in Newcastle.  In 1852 his family moved to Australia and he worked briefly as a gold miner.  On his return to England he tried first to be a sailor, then a monk before finally committing himself to painting.

In later life Hemy became a successful marine artist and settled in Falmouth, Cornwall.  He was a keen sailor and his love and understanding of the sea is evident in his work. 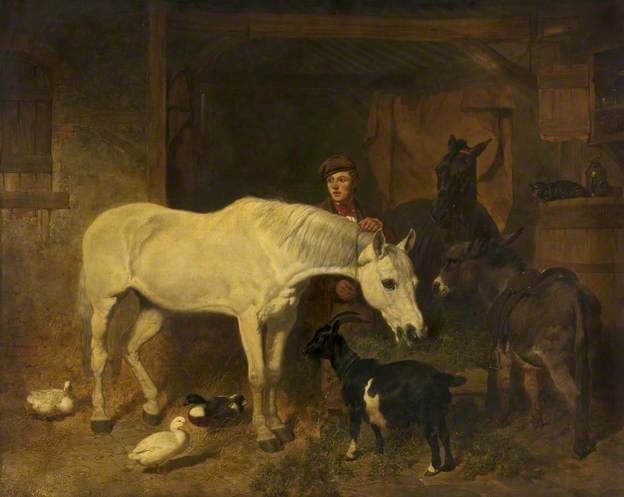 Returning from the Market

John Frederick Herring spent the first eighteen years of his life in London where his greatest interests were drawing and horses.  In 1814 he moved to Doncaster where he was employed as a painter of inn signs and coach insignia.  Herring spent his spare time painting portraits of horses for inn parlours where his talent was soon recognised by the wealthy customers and he began painting hunters and racehorses for the gentry.

In 1845 Herring was appointed Animal Painter to HRH the Duchess of Kent and he had subsequent commissions from Queen Victoria.

Herring exhibited at the Royal Academy, British Institution and the Society of British artists where he became Vice-President in 1842. 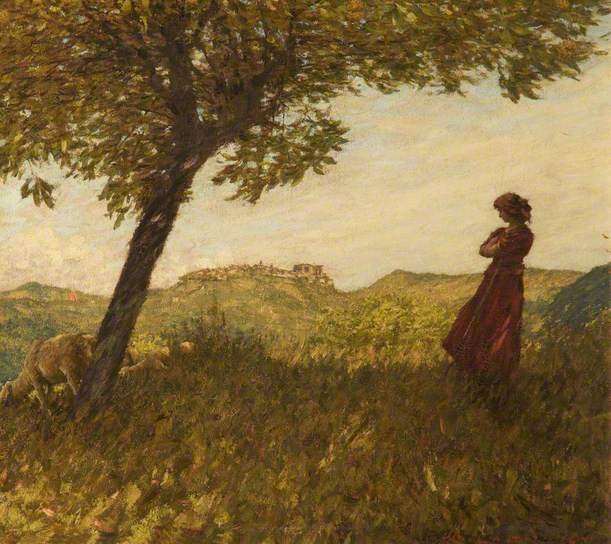 Henry Herbert La Thangue painted mainly images of picturesque rural life and idyllic scenes of farming life.  He wanted to provide his audience with a complete record of rural life and was particularly fascinated with female field workers.

He showed a growing interest in French Impressionism and travelled to Provence and Liguria. Scenes of these travels gradually infiltrated his work. He returned to Liguria during the 1920s and his entire production was given over to scenes of orange groves and gardens.

He died in a state of depression at the news that some of his paintings had been destroyed in a shipwreck off the coast of New Zealand.  After his death they were recovered in fairly good condition.

Visit us to see these paintings in the flesh along with many others from our collection in our beautiful Victorian Gallery.